The name of the organization KoKoDo Kyu Shin KaiKoKoDo Kyu Shin Kai means "School of understanding the heart of KoKoDo".
It was founded in 2005 in Belgium by three of the highest ranked representatives of this style and since then has enjoyed a steadily growing number of satisfied members.

Sensei Belmans was the first Shihan under Soke Irie. He supervises most clubs of this organisation in Europe and teaches regularly at international seminars. In 2006 he received the title Kogyoku by Soke Irie in Japan. In 2015 he received the honorary title of Kyoshi and in 2017 the honorary title of Hanshi. This is the highest award in KoKoDo JuJutsu.

For a complete list of all high ranking members of our organization please visit the official KoKoDo Kyu Shin Kai homepage. 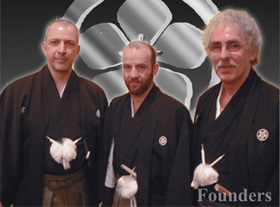